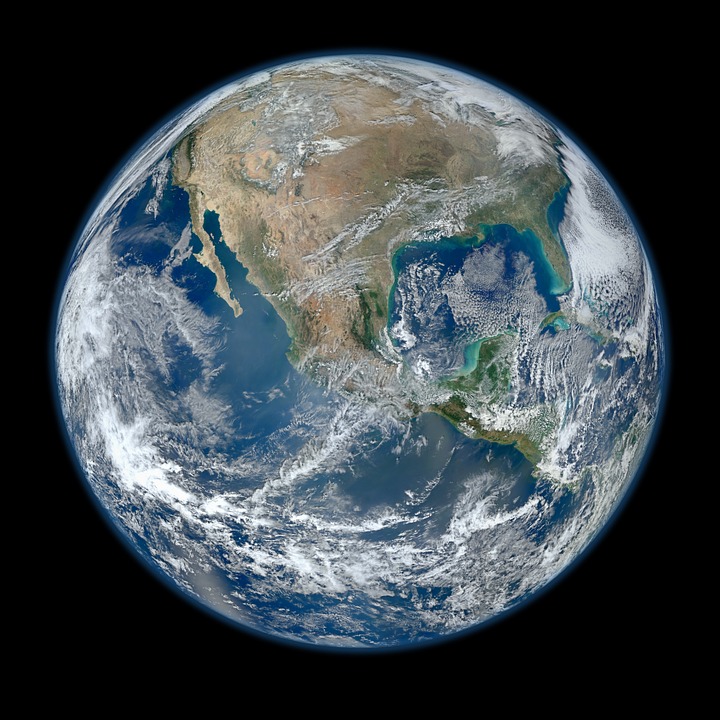 Steve Jobs brought us the Vibe and is keeping us connected even after he joined the angels. How did he charm us? By making our hearts sing! So did Nelson Mandela, whose art of touching hearts, rather than minds still resonates.

Emotion versus reason – are they both sides of a coin? How can one reach someone else's heart with rational words, when emotion prevails? A vibe of words touching our hearts…

There’s heated debate at home in Romania and worldwide. Central banks -- independent for not too long and reluctant to "bow" or get directions against any fundamental economic principles -- are fiercely blamed for not resonating with the post-crisis avalanche of emotions, some justified. They don't care, their hearts have turned into stones! So, WhatsApp? What went wrong?

In the tough 2007/2008 moment, central bankers acted swiftly to fix or soften tensions: their strong words tamed markets, their bold actions bought precious time. But, to paraphrase a famous remark: This time was clearly different! Especially for the way they were to communicate.

So, central bankers stepped on the challenging path of explaining more about what they do, how and when they act, and why, too. But the expert language -- almost cryptic jargon for most people -- did not serve.

Nor did they get trained or practiced how to deliver mobilizing, emotional speeches. In times of strain, most of their messages were aimed at calming down the spirits, restoring the balance, not at boosting the hubbub.

So now people are upset: central bankers always bring bad news and never tell us what we'd like to hear. They don't "enchant our hearts" too much.

That discomfort is thus well exploited by those keen to get the spotlight or grab votes, for that matter. Can a central banker speech be too straight, or just turn purely emotional? What happens if is crafted in line with professional standards but is unfit for chasing up votes? Central banks' messages are often too cold, too serious, and too rational. Don't they care at all? Are they made of stone?

On the contrary! They care a lot. But they do so without sweetened words and without showing off. The best proof is the very fact that they dare to step forward, to warn, to call things by their proper names, to spell it out straight. Especially as promises, most often misguiding, induce expectations or even confidence that all our wishes or aspirations will be met as soon as possible. That’s a real test for the rational approach, for the ability to practice patience.

What happens to the bearer of unpleasant news? To the one who voices what we sometimes are afraid to utter ourselves? Usually, he gets reprimanded. A rational voice doesn't have much vibe, may scare people off and only seldom earns positive feedback. One would rather click the "like" button for “lukewarm” voices or soft-talks. Curiosity itches, nevertheless; we'd all like to know what could go wrong. A well-known saying comes to mind: truth is harsh, inconvenient, most of the times.

Because his rational assessment (over Brexit) stirred fierce debate, Mark Carney, Governor of the Bank of England -- one of the world's most transparent central banks -- is “charged” with political plays and summoned to explain himself in front of MPs already tensioned by their own vibes. His answer: a central bank's role is to identify and explain risks and act accordingly. “That is the key point - ignoring a risk is not (going) to reduce it," said Carney.

The emotional trap, however, was quick to expand. Over the Channel, ECB President, Mario Draghi is bullied by German lawmakers, while across the Atlantic, the electoral excitement sticks political labels on Fed's Janet Yellen.

Yes! Central bankers dare to upset. Obviously, it's not their job to pronounce on political, social or geostrategic options. But it is their duty to inform the public on the consequences of such options and the risks to price and financial stability. And it's fair to ask central bankers to be accountable and permanently inform so that the ordinary people, and thus their elected representatives, can decide what they want and what they are not willing to put at risk.

Meteorologists issue warnings, which eventually prove correct or not. Some find delight saying "they botched it again!" whenever forecasts are not fully accurate. We easily forget that such alerts were useful, if we just minded them. In rare occasions one would hear praises for weather warnings. No wonder we don't hear any when it comes to other forecasts, which juggle multiple uncertainties in the lately too often volatile and emotional environment. And it’s not that central bankers cannot go wrong. Many of them admit to it, and even point to their limits.

Central banks' talk preserves the essence, the basics, revealing economic and financial consequences, primarily when the literacy or understanding is low or altered. Despite their arid, specialized language, central banks have struggled to explain price stability. At least as regards inflation, the public got the message.

How did they succeed? By using the classic channels (conferences, press releases, interviews), but also by going digital where the audience was, with visual and play (Inflation Island, Moneta) or with the aid of some catchy comparisons - a balloon flight to show their reactions when the “hot” air inflates prices -, or by using familiar “medical” jargon  - body temperature, taming the “fever” = inflation or lately the “afebrile condition” = deflation.

The effort to directly address the public was backed by greater opening and increased transparency: offering better quality information, releasing fair and relevant analyses, explaining their decision-making processes and, last but not least, motivating their decisions. More people understand better than in the past how central bankers act to ensure price stability.

If monetary policy talk now enjoys somewhat better understanding, in the delicate field of financial stability - a complex area, touching many delicate aspects, from debt to payments to our investment choices - central bankers are still exploring what could bring in the vibe.

Yes, issues are by far more sensitive: depositors, both households and corporate, want to be sure their money are safe and may be cashed in anytime. Hence the emotion. Why do financial stability messages fail to reach out or get understood? Is it because central bankers’ talk, quite often, lacks empathy? Or as more and more central bankers are left as the sole adult in the room?

What if central bankers were to instill a bit more empathy when crafting their messages, blending plain and reassuring phrases? Will people understand more easily that financial stability means healthy, solid banking and payment systems that protect their money? Will central banks’ benevolence be perceived?

People worry about price moves; a rise will boost emotions although today’s puzzle lies with prices’ stubbornness to stay too low for so long. But money loss gives us more shivers, pushing most into dire straits when that risk happens.

Central banks’ successful fight to quell inflation earned them a nice label:  “the guardian of price stability”. Global crisis nevertheless proved that price stability cannot be achieved in the context of financial instability, whose resolution calls for far more than monetary policy words and deeds.

Tackling volatility, uncertainties, mistrust or even panic and skepticism solely via the monetary toolkit is not enough. Central bankers strive to reignite growth and avoid stagnation by going negative or keeping interest rates low. But the effort is poorly matched by the fiscal play and the so much-delayed structural reforms.

As the too low for too long backfires, central banks, including the oldest in the world, RiksBank, face harsh and fresh criticism. This time it’s the market pointing to their dovishness that turns currencies into “confetti” and leaves “zombie” landscapes for firms.

In such an emotional and impatient environment, any message about the safety of our pockets – the essence of financial stability- may be easily distorted. Sometimes central bankers’ talk seems too strong, on other occasions too vague.

And their constant calls on the other players on the field, along with pertinent warnings over fresh potential imbalances, bring up more sorrow. They're just like weather forecasters heralding the possible storms that would spoil our joy for the planned weekend barbeque. Now we have to postpone that pleasure for next week! It’s not that central bankers cannot run a show because all confetti has been thrown out. It’s rather that any show should have its limits.

Would we admit that central bankers have warned us and acknowledge their competence as the risks materialize? Or should we simply get angry that the lovely party went wrong? How much anger do we throw to the rational voices just because they were right?!

It is human nature to mostly hear what you like, and people let themselves captured more by emotional messages which always stir interest. Responsible central bankers though put the rational on the table, with objective arguments. They seek balance and trust, not risky paths. And they do not grab votes.

Amid a cosy mood advertised by too many with political appetite, in the race for more voters, it’s quite tempting to make the down-to-earth central bankers silent and push a lighter picture to the Instagram.

As long as they stay independent, central bankers would still spoil popular but dangerous parties. And the rational approach will be punished. But think how badly needed is a responsible adult to temper exuberance, excess and to safeguard the balance.

Central bankers: Add just a glimpse of vibe in your talk to reach out to the hearts as well as you do to the minds.

“What makes your heart sing? People with passion can change the world for the better”, Steve Jobs