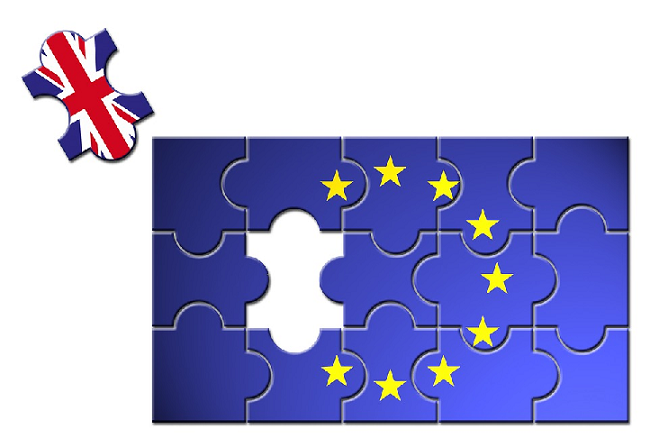 The vote for Brexit has shocked both the United Kingdom and the European Union, compounding the pressure on an EU battered by multiple crises. Amid the refugee influx and the continuing troubles of the Eurozone, can the Union pull itself together in the aftermath of Brexit?

To punish Great Britain, as some appear willing to do would not be wise. A sense of Schadenfreude would also be misplaced, as Brexit epitomises a trend of rejection within the Union, and across the industrialised world, fuelled by the rising number of “losers” from unrestrained globalisation. Instead, it is essential that the UK and the EU continue to work closely together to tackle the heightened risk from terrorism and other unconventional threats.

Today, the EU is facing a two-pronged existential threat. Its economic and financial structure is imperilled by the eurozone crisis, combined with financial folly, excess debt, unfavourable demographics, and inadequate governance. Its security is undermined by turmoil in its neighbourhood, geopolitical risks – including challenges to the European order itself following the annexation of Crimea – and, not least, terrorism and cross-border crime.

As former European Commission Vice-President Etienne Davignon observed, “we have lost the citizens”. To win them back it is necessary to remind them what the EU project means, and what is has achieved. It also requires better policymaking at the national and European levels, and a thorough reform of financial systems. The Union needs to strike a better balance between governance and market forces, pulling back from its excessive neo-liberal bent over recent decades. This is particularly important given the rising inequality and economic duress facing many Europeans.

There are no quick fixes. Last year’s “Five Presidents’ Report”, a European Commission paper that set out plans for financial and political integration of the eurozone, is far-reaching, but contains contradictions. For instance, it alludes to the need for a European “fiscal capacity” – a degree of fiscal integration within the eurozone – but envisages this only after structural convergence between the legal systems and economies of Europe has reached a sufficiently high level. This is a Catch-22 problem, as dealing with asymmetric shocks cannot be put off until structural convergence has occurred; the fracture between North and South in the eurozone may deepen when economic growth is feeble and major uncertainties persist.

Europe’s ageing population poses a formidable challenge, and immigration can help mitigate this in the longer run. In addition, humanitarian concerns and the values on which Europe is founded push towards welcoming those in need. But these long-term benefits cannot always make up for the existing policy trade-offs and security concerns.

This crisis has been brought about by botched interventions abroad, the humanitarian disaster in Syria, the EU’s permeable external borders, and diminishing cohesion and trust among member states. To resolve it, Europe must strike the right balance between solidarity and humanitarian concerns, on the one hand, and pragmatism and common sense in public policy on the other.

The EU needs a more forward-looking international aid and development policy, focused on Africa. The Union should cooperate more closely with countries in the region that are hosting large numbers of refugees. This will cost money, and in view of the highly strained EU budget, a temporary “security EU tax” makes sense; whether it should be collected by national governments is an open question.

The existing Banking Union is only a partial solution to the troubles of the eurozone. A collective deposit insurance scheme is necessary to complete the Banking Union, and a degree of fiscal integration is essential to deal with asymmetric shocks.

The EU should complement insistence on the rules with better fiscal arrangements and strong policy coordination. This means fairer burden sharing when it comes to austerity policies. It does not make sense for Germany to run enormous external surpluses (almost 8 percent of its GDP in 2015) that dampen aggregate demand in the eurozone and make adjustment harder for other member states.

Europe must heed the lesson of recent decades: widening income inequality, and a “winner takes all” ethos, harm economic growth and damage social cohesion in the long run. Better regulation and supervision of financial markets is needed. This should include stronger capital and liquidity requirements, the taming of casino-type activities, and the introduction of legislation along the lines of the US’s Glass-Steagall Act, which separates investment banking from commercial banking.

To the extent that member states are asked to relinquish more of their sovereignty, what is lacking in the policy mix at the national level should be replaced by a more diverse toolkit at the supranational level. This should include financial instruments; and would operate along the lines of the subsidiarity principle in reverse.

It is not realistic to think that European economies can achieve the average growth rates of previous decades. But there are ways to make economies less fragile. There is need to invest more (the Juncker plan is, arguably, insufficient), to improve the quality of public goods (particularly education), emphasis R&D and make the Union more attuned to the digital world, and defy the deflationary bias of the eurozone which ensues from its aggregate fiscal stance.

If business is not restrained by ethical principles, even more radical ideas will gain traction. Democracy relies on the existence of a strong middle class, and a sense of trust and fairness among social and political actors. Mistrust and animosities tear the social fabric, undermining democracy and feeding authoritarianism.

The Union must develop more effective policies for tackling conventional and non-conventional threats, including cyber warfare and terrorism, and stemming the massive flow of refugees. As European Council President Donald Tusk has emphasised, the external borders of the EU must be protected. Otherwise, we may soon find that we are talking not about protecting the Union’s frontiers, but only national borders.

Few politicians have the guts to speak honestly about the current economic and social environment. This creates mistrust and poisons citizen’s relationship with the EU – which is seen by many as the cause of their misery. Instead, leaders should underscore the importance of the EU, moderate people’s expectations in the new environment, and combat racism, xenophobia, and chauvinism. The European project needs to be better explained to citizens, highlighting what it has achieved since the end of World War II.

Europe’s leaders need to pay attention to fairness. Democracy is weakened when social cohesion is damaged, when people do not feel that they benefit from the policies imposed on them, and when the costs of austerity policies are unfairly spread. Unrestrained globalisation and the declining competitiveness of some member states is a recipe for a shift towards inward-looking attitudes on the part of citizens and national governments.

But for any of this to be successful, policymakers in Brussels and national capitals must tackle the democratic deficit. Otherwise, questions about the legitimacy of decision-making will continue to undermine the Union.