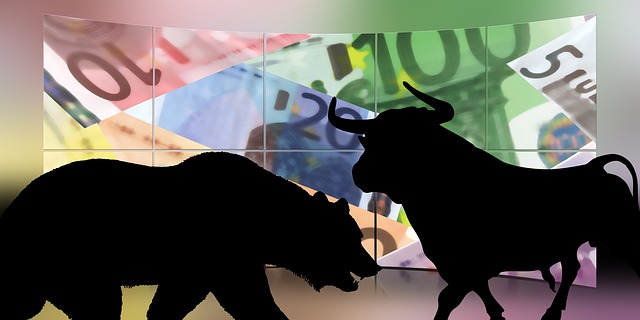 Central bankers have been striving to bring inflation down for a long time. But ironically, they took a U-turn after the financial crisis and are now trying to heal the wounds via negative or near zero lower-bound interest rates, „unorthodox" stimulus such as quantitative easing or various forms of forward guidance and communication techniques.

As words almost became monetary policy tools, prices continue to stay stubbornly low or on a downward path. But there is one thing that bucks the trend, and its swings are even more sensitive to the way central banks talk than those of inflation. Namely: the exchange rate. Textbooks say the exchange rate is “the price for which the currency of a country can be exchanged for another country's currency” or “the value of one country's currency in terms of another currency”.

Many central banks with price stability objectives have also stated in their laws the aim to protect or preserve “the value of their currency”. With hefty price increases no longer a critical issue, the “value of the currencies” has raised in prominence in the public eye.

In a recent speech, Christine Lagarde has nicely summed up three major factors for the current developments: velocity-variance-volatility. The three also make up the perfect way to describe the currency markets/exchange rates of today.

I’m tempted to use a favorite comparison by my friend John Mendzela and paraphrase the title of a famous movie by saying that for currency markets these "Vs" are “The good, the bad and the ugly”. Velocity will do for the reality of our fast-track, digital era. This may be “the good” as long as the innovative youngsters, including high-frequency traders, aim to get things done faster or to gain returns or results rapidly. Variance is “the bad,” as it may entail asymmetries either of information or in distribution, whereas volatility is definitely “the ugly” guy in the story. In my view, the latter is just what “currency wars” are all about.

As the public is getting accustomed with an environment of almost nil to low inflation and yet still far from a permanent deflationary mood, the focus on the exchange rate play seems “the new normal”. In terms of policies, the central banks’ challenges are quite obvious. But how does this influence their communication? The way the “humble word” used to tame inflation may become more effective in the arsenal of “currency wars”. How risky and how manageable at the same time can the use of language be? Is it just a war of words, or is it equally a continuous battle for competitive edge?

There are few, if any, clear cut answers. A few years ago, central bankers dropped “top secrecy” regarding interest rate, but continued to play “idle silence” in their exchange rate talk – few or even no explanations about their exchange rate operations were offered, even though most were already known by markets and wires reported them along with a traditional “central bank declined to comment”.

When globalization gained ground and central banks engaged in more frequent talking of their currencies up or down, an exit from the comfort zone of “constructive ambiguity” emerged. Nevertheless, even the most outspoken central banker retains a certain degree of discretion, at least regarding intervention timings and sometimes the exact size.

The best-placed central banks, the ones ranking high in various transparency tops, admit that too much openness (disclosing the exchange rates' path or the precise amount of their intervention versus their commitments, both deemed suitable for better predictability), might come at the expense of greater volatility, which most people dislike. However, it is definitely a tough challenge to take transparency off the table, even if there might be very good reasons for such a withdrawal, including “the ugly” volatility. Moreover, at the end of the show even famous actors experience a strange feeling when applauses fade as the curtains close again. If only the ovations would last for just one more second!

In the drive towards optimal transparency – we're talking about "optimal" transparency because both economists and market people have clear doubts about the benefits of total transparency, especially as “loose lips sink ships” -- central bankers need to be aware that more openness implies also a more candid approach of the way words are used – their dosage and their timing, especially when they communicate with markets in public or even informally.

Being too opaque or betting on the effectiveness of the surprise factor will only add to the perception that central banks are so mighty/powerful that they can and will always “do whatever they want”. This amounts to arrogance.

Asked about what central banks need to do to be both transparent and effective, a leading journalist replied: “a bit more honesty will help”. Such an approach does not imply a pre-announcement of nominal exchange rate levels (except for the case of targeting the exchange rate or pegged currencies), nor disclosure of precise intervention volumes and even more of their exact timing. It’s rather a wish for more efforts to better explain the currency moves and the reasons behind by using the “humble” words instead of the standard swords as a way to tame “the ugly” volatility.

To put it in simpler terms, the public should be told:

Never forget that stability – applied either to prices or currencies or to the financial area which plays for “a new kid in town”- is the hidden treasure in the vault, which everybody is jealously guarding all the time. The one with the wisest words will get to keep the treasure the longest.

why how when what