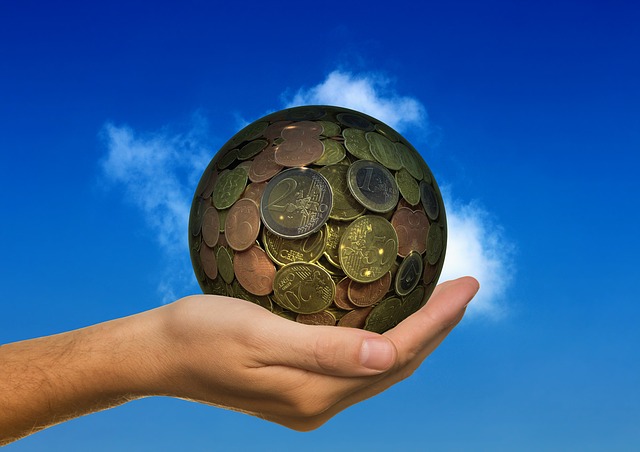 The introduction of the euro is part and parcel of European integration. The single currency has a political dimension, and some would argue that there is a geopolitical rationale, too, behind its creation. Sure, the financial crisis has taken a heavy toll on the Eurozone. But, profound roots of its ongoing pains are related to top politicians’ overlooking, years ago, of the need to provide the single currency with solid institutional and policy underpinnings. Among these, a fiscal component is paramount. Studies made for the European Commission, more than three decades ago, highlighted the need for a eurozone budget(the MacDougall Report). There is talk nowadays, too, about the need to create a eurozone budget (see, inter alia, the Glienicker group report in Germany and the Eiffel group report in France).Top officials of the Council and the Commission aired the idea of a ‘fiscal capacity’, which should fend off asymmetric shocks. And the recent report of the five presidents sounds quite bold in what it recommends (there is even a joint treasury alluded to in it).

The eurozone reveals major economic discrepancies, which reflect a suboptimal currency area; the single currency has operated as an undervalued currency for the highly performing German economy and as an overvalued currency for the less competitive member states. Domestic devaluations, via massive income cuts, have reduced external imbalances considerably in Portugal, Spain, Greece, but such measures are socially and politically extremely costly. The Greek debacle speaks volumes in this regard. In addition, internal devaluation does not mend bank balance sheets automatically.

The Banking Union is seen by many as a conduit for getting the eurozone out of the current mess. It does advance under very difficult conditions, with market fragmentation taking place. The vicious nexus between sovereign debt and bank balance-sheets is to be broken via the Single Supervisor Mechanism (SSM) and a common resolution mechanism (SRM). But the latter’s envisaged size (55 billion euro) is quite small. And there is not much talk about a collective deposit insurance scheme, which would make sense in a monetary union (though, to be fair, the report of the five presidents seems to break a taboo in this regard). National budgets will essentially be the main financial backstops in case of emergencies, although the ECB will hover as the ultimate lender of last resort. Since member states’ financial fortunes are very different inferences are not hard to make.

The ECB’s special operations have helped avert a worst case scenario. But there is still a long way to go before the eurozone recovers solidly. Such a thought should consider also the nefarious influence of oversize finance, which, in spite of its reshaped regulation and supervision, continues to pose significant systemic risks. The drive of decision-makers to come up with macro-prudential measures stems from this stark reality too.

The eurozone crisis and the financial crisis have entailed cautiousness as to a rapid accession into the single currency area among New Member States (NMS). The eurozone crisis shows that an uncompetitive economy easily gets suffocated inside a single currency area where essential adjustment tools are missing, that real convergence is badly needed as a precondition of accession. However, the Ukraine crisis and Russia’s annexation of Crimea have produced a reality check. These dramatic events highlight both the political dimension of belonging to the single currency area with an ensuing geopolitical aspect. We are living a period in Europe when spheres of influence seem to be redefined, when the European order is being questioned at almost a quarter of century since the fall of the Berlin Wall. Baltic countries’s officials have not refrained from linking their joining of the eurozone to a more organic embeddedness in the common fate of democratic Europe. This means, that apart from the logic of turning a monetary council regime into membership of the single currency area, national security motives and strategic policy choices have been taken into account. In addition, these are pretty small economies, which is a factor not to be underestimated.

But joining the Eurozone without good preparation and before this area improves its functioning presents major pitfalls. And this explains the cautious, wait and see attitude of not a few NMSs. It is true that a high degree of euroization dents the efficacy of monetary policy and complicates the use of the exchange rate as a corrective mechanism –due to possible severe wealth and balance-sheet effects. Helen Rey’s argument, that the “trilemma” turns into a “dilemma” in a world buffeted by massive capital flows, would also prod against procrastination. But, for economies that are not quite small and which still need substantial real/structural convergence, accepting a drastic diminution of policy space by joining the eurozone would be more than challenging. Here lies the cautious stance of policy-makers in Poland, Hungary, the Czech Republic and, lately, Romania. Joining the eurozone is where economics meets with EU politics and geopolitics. And a very painful lesson of the eurozone crisis is that downplaying the economic rationale in making such a decision is highly risky for policy makers.

To conclude, for NMSs (including Romania) to join the Eurozone a better functioning of this area has to blend with substantial real, structural economic convergence.

Daniel Daianu is a member of the Board of the National Bank of Romania; he is a former finance minister of Romania and a former MEP. The views expressed in this text are his own.